On 3rd July 2015, a statue was unveiled by HRH Princess Anne in Romsey to commemorate the centenary of the establishment of the Romsey Remount Depot, where horses and mules were collected and prepared for use in France in the First World War (www.romseywarhorse.co.uk). Nancy's father, Col Edward Sandars, was appointed Deputy Director of Remounts during the war and was Remount Officer in the Southern Command from 1919 to 1924. Nancy, who attended the unveiling event and was introduced to Princess Anne (below), has personal memories of this time and has written these notes and provided a series of photographs from the family albums. 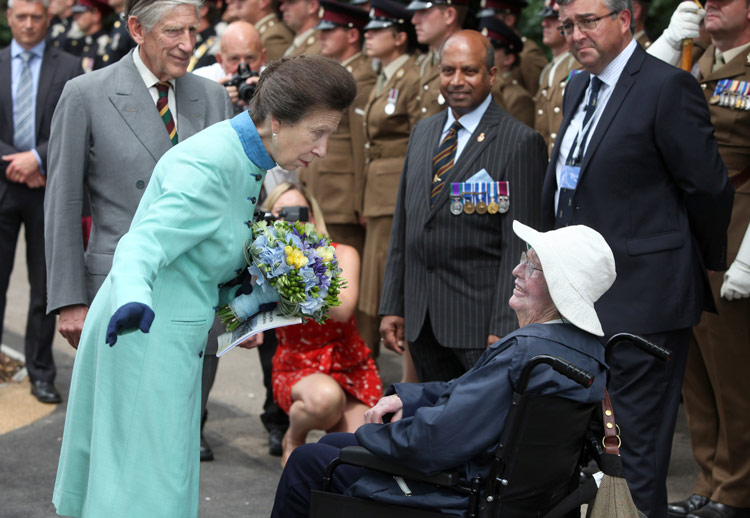 The event was covered on BBC South news and on Forces TV, which included an interview with Nancy