After the war, Nancy decided to resume her interest in archaeology. Because her school education had been interrupted by illness, she did not have any educational qualifications. So she took and passed the 'London Matric', which enabled her in 1947 to join the Institute of Archaeology at St John's Lodge in Regent's Park, part of the University of London. There she completed a prehistory course covering Paleolithic, Celtic and Iron Age periods under the directorship of Gordon Childe, who had a methodological approach to the excavation of ancient sites and a rather indiosynchratic teaching style that Nancy enjoyed and found inspiring. (See Archaeology-International Journal article on Childe by NKS)

Later Nancy went to St Hugh's College Oxford where she gained a B.Litt. in Archaeology. At Oxford, she worked with Christopher Hawkes, Professor of European Prehistory. Her thesis for the degree later became her first published book: "Bronze Age Cultures in France" (Cambridge University Press, 1957).

A number of bursaries followed which enabled her to travel in France and in Eastern Europe. 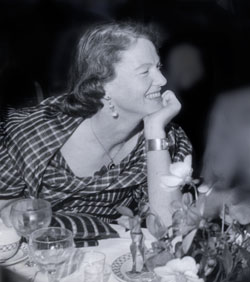 Letters sent home to her sister Betty Sandars while travelling: